Tech Talent: A Passage to India

One of the key themes of 2022 was talent, or, more precisely, the lack of it. The challenge for many companies that rely on technology is that they can’t find enough of the right talent in their home markets. This puts a brake on their growth just as they need to find momentum to escape recession. And the problem is getting worse. HR advisors Korn Ferry predict that by 2030, there will be a human talent shortage of more than 85 million people globally – roughly the population of Germany. Without action, that translates into about $8.5 trillion in unrealized annual revenues by 2030 – almost twice Germany’s current GDP.

India, home to the world’s single largest pool of workers may hold the key. It has a tech talent surplus. Many global companies expanded their Indian headcount - some doubling numbers – in 2022. And, while headlines of layoffs dominate as we kickoff 2023, all signs are that India will continue to dictate headcount expansion in 2023.

Several factors are driving this 21stcentury ‘passage to India’. India’s scale means there’s an availability of talent that can’t be matched anywhere else. A cultural propensity to adaptation and change sets the stage for innovation. And macro trends towards de-risking supply chains is adding impetus.

Lower labour costs and the lack of a significant language barrier may have initiated the Indian expansion but today, the sheer volume of skilled data science, advanced analytics, cloud computing, and AI specialists graduating each year is the magnet.

India welcomes half a million new engineers into the labour market every year. If we take a broader view and include graduates with technical skills, it swells to more than 800,000. While there’s validity to the debate of how many who graduate are work-ready, such a large supply is packed with possibility.

This rich stream of ‘digital natives’ makes India the world’s largest provider of technical talent not just today, but for decades to come. Naturally employers flock to where the workforce is.

Thomas Saueressig, member of the executive board of SAP SE said in a media interview “We absolutely believe in the great talent in India. We don’t see it as labour arbitrage.”

Announcing its new Technology Centre of Excellence in Bangalore, 3M described it as the ‘cornerstone’ to 3M’s ability to rapidly develop its technical workforce to bring new innovative products to market fast. “It’s truly a digital renaissance that is happening inside India,” 3M said.

Daniel Marovitz, a senior vice president at Booking.com said “We came to Bangalore for the breadth and depth of talent,” as he announced plans to rapidly expand its ‘centre of excellence’ there.

Christian Sewing, CEO of Deutsche Bank described India as the ‘shining star’ of a global economy that faces a decade of volatility amid war, inflation, and supply chain crunches.

In contrast to the annual supply of 800,000 technical graduates in India, in Germany, there’s a shortfall of 300,000 skilled workers every year. And that gap is widening according to research from the ifo Institute which says 49.7% of all companies in Germany were affected by lack of available skills this year. “More and more companies are having to cut back on business because they simply can’t find enough staff,” says Stefan Sauer, a labour market expert at the ifo Institute. “In the medium and long term, this problem is likely to become more severe.”

The German government has taken landmark steps to make it easier for skilled workers to obtain work visas. In December 2022, on her first visit to India, the German Federal Minister of Foreign Affairs Annalena Baerbock signed the German-Indian Migration and Mobility Agreement. This pact will make it easier for qualified young Indians to fill workforce gaps in Germany.

These structural and strategic shifts to ease the skills shortage will bring relief in the future. For German industry the fastest fix to the shortfall in digital experts is to establish and expand their operations in India.

Ready, willing and able for change

Indians are often considered natural problem solvers who are uniquely positioned to find solutions in a high-friction market that propels innovation. This characteristic is referred to as ‘jugaad’ which roughly translates into English as ‘hack’.

A culture that doesn’t say “no” to new ideas provides foreign companies with a high volume of employees eager to work towards something new.

This contrasts with, what commentators say for example, about the Singaporean and German populations’ fear of change. These communities have seen economic prosperity for a long time without any need to significantly modify outlook or culture. Resistance to change is now colliding with a perfect storm of digital transformation, a global economic slowdown, and geo-political uncertainty.

In Singapore, upstart challengers are disrupting the status quo in banking & finance, retail, and logistics.

In Germany, just about every industry from financial services to manufacturing is grappling with digital transformation, compounded by the fact that its aging population is highly resistant to change, particularly when their jobs and retirement benefits provide for high financial security.

Demand for Indian workers has also been boosted by the de-risking strategies currently taking hold in the world’s manufacturing supply chains. Many global manufacturers that had depended largely on Chinese labour began reducing this reliance in 2021 in reaction to the pandemic-induced break in supply chain. India has been a beneficiary especially in auto-related manufacturing. Now, the Ukraine war and instability in central and eastern Europe motivates many large European manufacturers to de-risk by setting up in markets such as India, Indonesia, Vietnam, and Mexico.

Another reason global companies are increasing their India investment and exposure is the sheer size of the domestic economy and market potential. With a population of 1.3 billion, and rising middle class income, many see pots of gold.

All global tracking data shows that India will be the 2nd fastest growing G20 economy in the world in 2023. Closer inspection suggests India’s GDP will grow at double, triple or 5x that of other major economies such as Germany, U.S.A. and the U.K. GDP projections by OECD, World Bank and other global institutions project India’s economy to grow between 5.9%-6.9%

Many global companies are thus expanding headcount in India both to access talent and to capitalize on the domestic market.

Engineering workshop to the world - what is missing?

Yet despite India’s talent supply, spirit and adaptability, there are some critical skills that need to be developed as India takes on the role of the world’s engineering workshop.

The same trait of ‘jugaad’ that breeds rapid fire ideas is often the root cause for India’s engineers being all too willing to settle for ‘good enough’ or chalta hai in Hindi.

As global employers increase their reliance on India’s tech talent there are steps they can take to optimize their bet.

Industry groups such as NASSCOM, Confederation of Indian Industry and national labour advocacy groups often identify effective communication skills, the ability to powerfully persuade with reason, attention to detail and analytical thinking as top skills that are lacking.

The rapid influx of digital natives into the workforce armed with tech skills, but little work experience, means that the urgency today is often these ‘human’ soft skills. Without them high-performance remains elusive.

The work that we do at Hardskills, to help enterprises train their workforces in these hard-to-teach human skills, shows a clear link between behavioural skills, mindset change and high-performance.

Taking the time and effort to plan before launching into execution

The emphasis on rote learning—rampant in the Indian education system even today—prompts employees to launch hastily in auto-pilot mode into execution. As a result, they forego critical thought on the objectives, obstacles to anticipate, and deadlines to be met. Employers expanding their workforces in India need to make sure that the people they hire do not default to order-taking mode and that they develop the ability to think critically, question and exercise sound judgement.

While India has its share of amazing orators, actors, and limelight huggers, many in its rank-and-file struggle with confidence in the context of a modern business world that rewards those who speak out and speak up. With an educational system that focuses primarily on a pre-defined theoretical syllabus, students are denied the opportunity to challenge and ask questions. This leads to low confidence in handling effectively work situations and an inability to say “no”.

Missed deadlines, derailed projects, misunderstanding within teams or with clients, and the inability to openly discuss ‘bad’ news remain real challenges for employers in more ‘direct’ cultures. They get frustrated by learning retrospectively that expectations weren’t met. These challenges stem from a lack of knowing how to engage in open direct communication and a fear of taking ownership and decision-making because it’s ‘safer’ to let someone else direct what needs to be done.

Supercharge the performance of Indian workers

Our work over the last three years in India for Fortune 500 clients as well as Indian companies in industries that range from IT services to manufacturing tells us that change is indeed possible.

In day-to-day execution skills, we see high impact from training capabilities in 3 areas:

All three are of course interlinked. Training these skills as a set of interdependent capabilities allows us to see fast impact. Many show almost immediate improvement in the ability to prioritize the right tasks. How to say “no” takes longer, as it requires a shift in mindset and is impacted by organisational culture which is why it is vital to train these behaviours and human skills at scale across the enterprise.

When it comes to strategic skills, we see terrific results in some of the things that are toughest to acquire:

Mastering the ability to influence and communicate well boosts confidence and self-esteem - powerful skills connected to innovation. The ability to think critically requires repetitive reinforcement and practice over time.

We see learners improve their ability to ask questions and to write more concisely. This aids clarity. These are foundational skills of successful managers. They’re hard to train but employers have a responsibility to prioritize these high-impact skills as they double-down on their Indian workforce.

We have proof that teams operating with a consistent set of behavioural skills are more effective, productive, and agile. For lasting organisational impact, employers should train these high-performance skills as structured, intentional initiatives across at least 20% of their workforce. By doing so they reap the rewards of the network effect across the organisation.

India’s workforce advantage is no longer limited to wage arbitrage. It offers a skills, quality, and scale advantage unavailable elsewhere. Its workers are responding to the call as international businesses look for skilled technology workers to power their growth. As digital transformation takes hold across all areas of industry, demand for tech skills will continue to outstrip supply. Smart companies are adding a slice of India to their hiring and resourcing strategies.

Learn how you can harness the power of India’s tech talent through intentional upskilling, and set your business up for success - Talk to us. 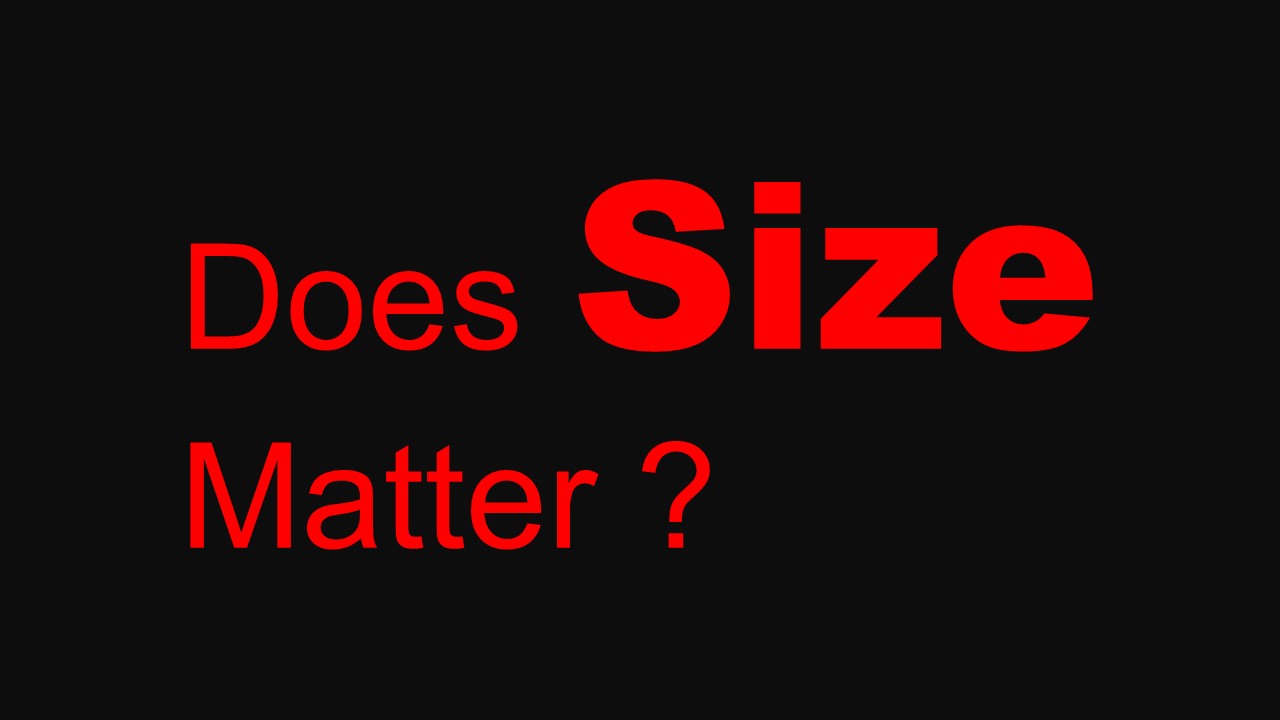 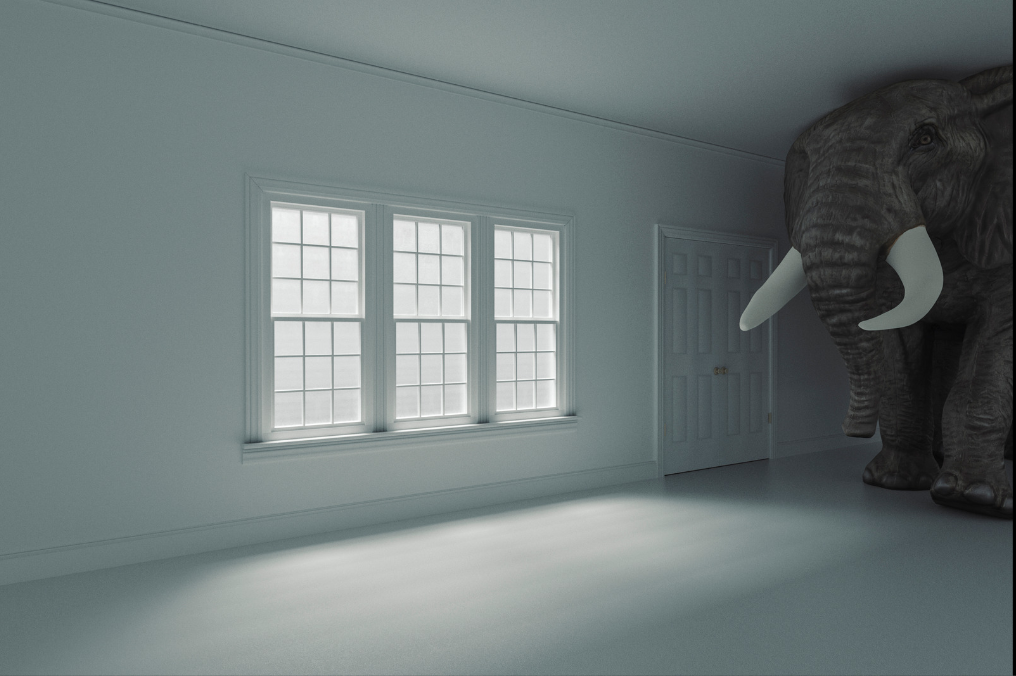 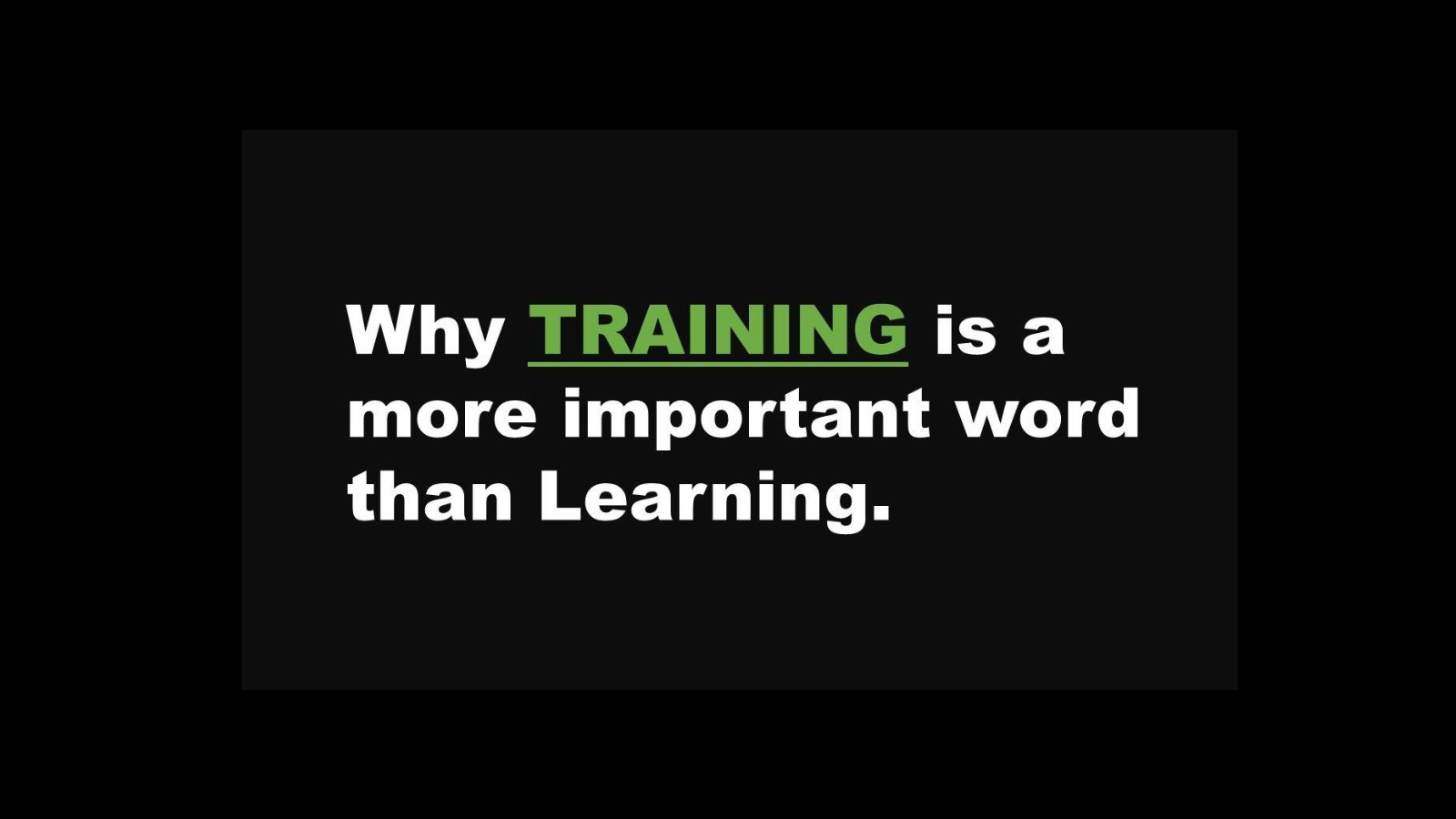 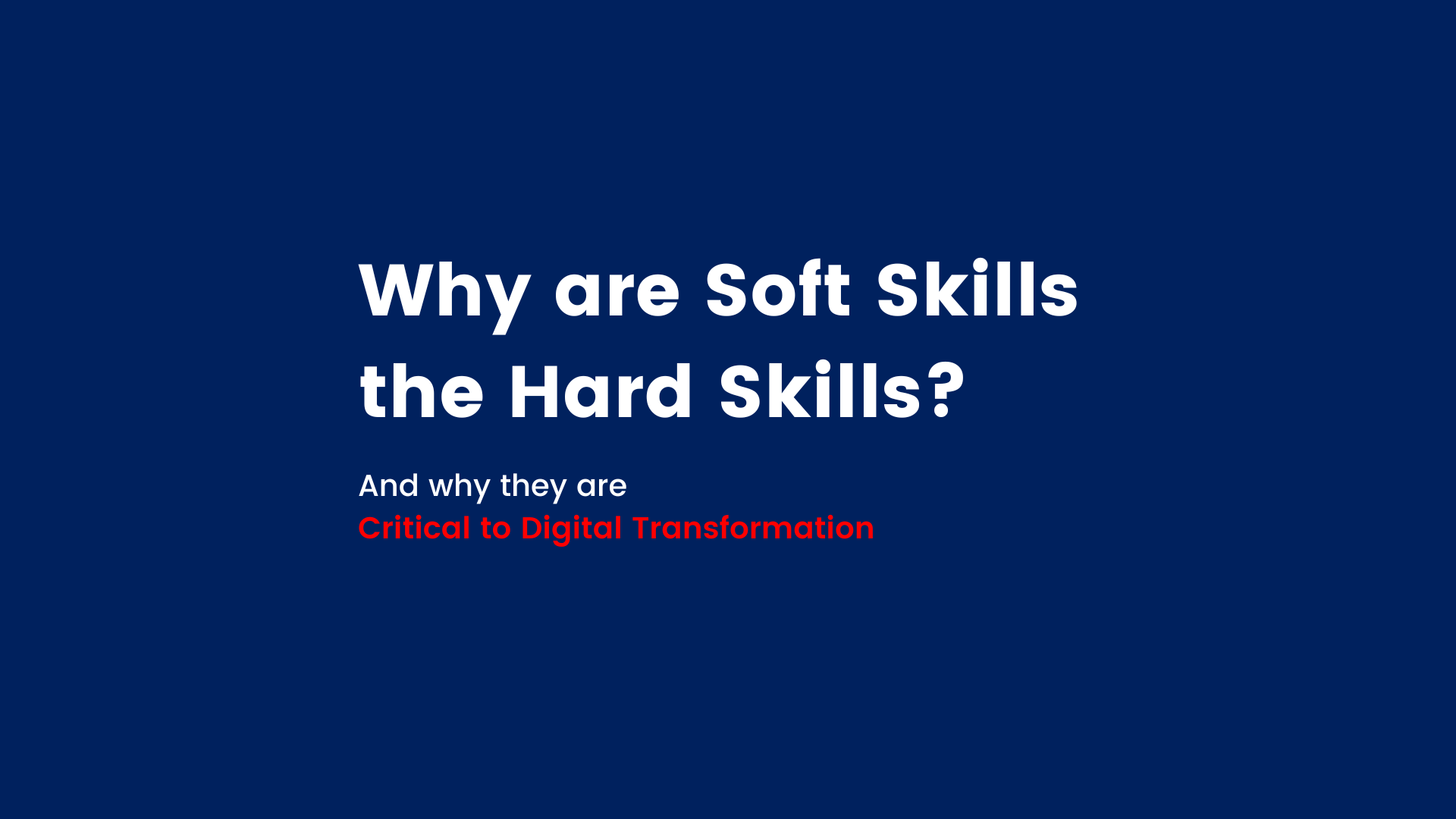